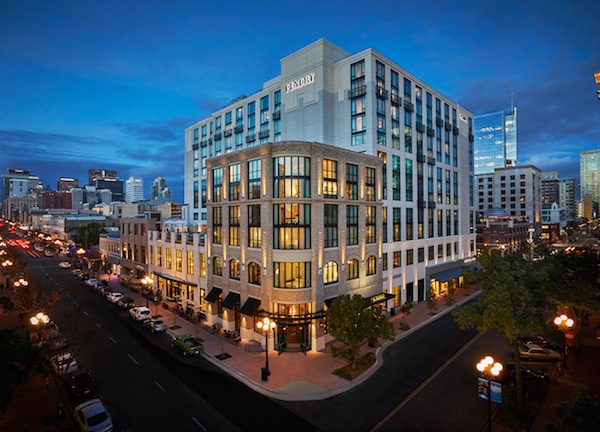 “Geared toward the millennial traveler, this sophisticated, hip hotel is as notable for its comfortable beds and friendly staff as it is its dining and nightlife. This hotel promises style, service, and a central location.”

Hotel Pendry is situated on 550 J Street in the Downtown area of San Diego where it offers five-star hospitality conditions. The hotel is the ideal place to stay when in the city with its high-end and modern facilities and amenities. The hotel has been described by many as the ideal launching pad for the fun and adventure that the city of San Diego is famous for.

The hotel is also famous for its friendly staff who will make you feel welcome the very moment you step into the hotel premises – staff at the reception are available and ready to help you with any question you might have.

Guestrooms come with standard amenities such as free Wi-Fi for high-speed internet access, a flat-screen TV with satellite channels, air conditioning and a comfy sofa.

The guestrooms also come with a private bathroom with thoughtful touches such as free toiletries, bathrobes and bathroom slippers. 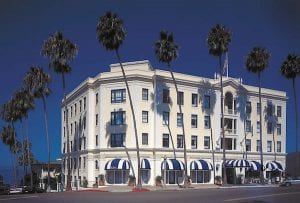 “Though first-time visitors in La Jolla gravitate toward the more famous La Valencia, second-timers of pick this thoughtfully restored 1913 inn in a relatively quiet section of La Jolla’s main street. Each rooms is different.” 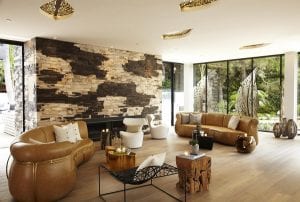 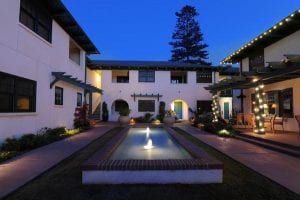 “This meticulously renovated boutique hotel built more than a century ago offers guests a quiet, romantic retreat replete with a daily gourmet breakfast.” 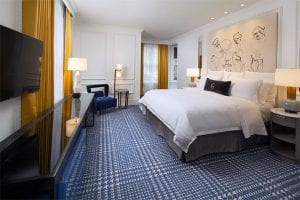 Hotel The US Grant, San Diego

“Downtown San Diego’s grand dame, built in 1910 by the son of Ulysses S. Grant, has been rescued from near dilapidation many times over the centuries. The Grant is now as glorious as ever, with its grand sweeping lobby, glistening glass chandeliers, filigreed iron railings, and velvet couches.”